In 2015, author Corinne Duyvis coined the hashtag #ownvoices as a convenient shorthand term to refer to stories written about members of a marginalized community, by authors who belong to that same community.

This has become a valuable tool in the fiction world. Of course authors can write about any topics they wish, but publishing opportunities have not been equal for all communities, and there is a difference between a book about an African-American woman written by an African-American woman, versus one written by a white male. We can imagine what it’s like to live in someone else’s skin, but we won’t ever truly know it. Encouraging work by #ownvoices authors gives us all opportunity to engage with individual experience at a much deeper level.

With this blog, I plan to talk a great deal about privilege and bias, not just because it’s the right thing to do, but because it is impossible to be a true leader without acknowledging and combating the existence and influence of inequities.

However, as a white woman, I need to acknowledge my own privilege and never want to make the mistake of speaking for any communities to which I don’t belong.

Amplifying Voices will be a regular feature on this blog, and my attempt to bring the intent of #ownvoices to the leadership conversation. There is so much to learn from leaders of every race, religion, sexuality, gender identity, and background, and it’s not a complete conversation without everyone. 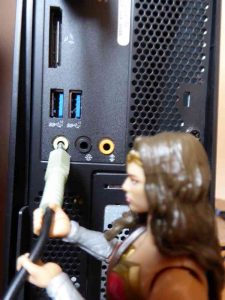