When we think of who we want to be, as leaders and as human beings, I often find it enlightening to think of what I admire in other people. What aspects have I seen in others that I would like to aspire to?

So for today’s reflection, think of who has been an inspiration in your life. This could be a parent, a teacher, a coach, a friend. Someone at work or someone in your personal life.

What do you find inspiring about them? What do they do or say that has made an impact for you? And how can you take what you’ve learned from them and apply to your own life? 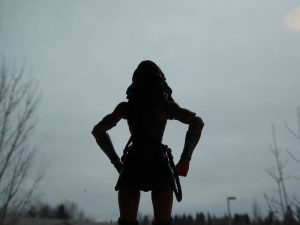 I have a former co-worker and current friend who was in my team in the training department. She has experienced many of the same frustrations as me, as well as unique challenges of her own. And yet, through everything she maintains a level of hope and optimism that I deeply admire. She has this sparkling positivity that just shines through, even when people with power over her try to pull her down.

I’ve struggled with the level of cynicism that I’ve developed over the past ten years. Some has come from working in positions where I saw the victimization of vulnerable people, and some has come from feeling like a small cog in a large grinding system.