“I argue that we choose to be good because of our bonds with other people and our innate desire to treat them with dignity. Simply put, we are not in this alone.”

I’m not going to lie to you by pretending that any of those things are going to change your life.

For one, you know your own life and what you can and can’t do right now. If you can change priorities or delegate, great. If not, that’s ok too. Life is challenging – sometimes we can and sometimes we can’t. I have days where I can clean my apartment, work productively, get my exercise, and spend time with friends. I also have days where I stay in bed and try to remain a semi-functional human. One of those days is socially acceptable and one is not. But the truth is that both of those kinds of days are ok. Both of those are what I need in the moment. Do what you need in the moment, when you can do it. Don’t criticize yourself when you can’t.

I’m also not going to pretend that our society doesn’t have structures in place that make this difficult. Or that these structures won’t impact you exponentially if you are a person of color, or a woman, or living with a disability, or low income. It’s not fair to do that.

I do have some thoughts. But this is about the big picture. Changing society is an excruciating process and takes a long time. But change does happen. I get to choose to live my life as an independent woman because of the work of women before me. The seeds get planted by individual choices. The more power you have in an organization, the more your choices can impact everyone. But all of us have the capacity to model the behavior that can foster change.

When it comes to core values, very few companies seem to highlight the value of kindness. Integrity and respect are much more popular and look better on the brochures. Professionalism too, which is usually defined so vaguely as to be useless. My former agency defined professionalism as “We adhere to standards, methods, behaviors and personal characteristics demonstrated by the best workers in their respective fields”. Really helpful, right?

And throughout their mission, vision, goals, and core values, the word “kind” is not mentioned once.

In my opinion, kindness is key. Being kind is being professional.

Anyone can be a jerk. That’s the easy way. It takes zero effort to be cruel. And we often see people in the working world who consider aggression to be essential. They think yelling at their coworkers or staff is a means of efficiency. That they have a right to mock people asking for respect. That targeting others to promote their own career is a valid strategy. There are genuinely people out there who think that a director or boss being cruel to others is just displaying a quirk of genius. I think it’s displaying a quirk of idiocy. If you need to be a jerk to get a job done, then you are not good at your job.

Being kind is a skill, and a highly undervalued one.

I don’t remember every conversation with my first supervisor at the agency, but I do remember that when I talked of being cold in my cubicle, she went out and used her own money to buy me a little space heater.

I remember a supervisor who had trouble giving personal appreciation, but gave all of his staff handmade medals with the names of ships that he felt described them as people. I got the HMS Illustrious. (It means notably or brilliantly outstanding because of dignity or achievements or actions, in case you were wondering).

I remember one of my staff who came in on her weekend off to help me paint my office so I could replace the soulless gray walls with a bright orange.

I remember my coworker calling me on my tendency to doubt myself after presenting in a training, and insisting that I say something good about myself before I was allowed to say anything else.

These are the people who have made me a better human being and a better leader. The best teams I have worked in are the ones that incorporate kindness as a daily practice. And make no mistake, kindness is absolutely a choice.

When I was a manager, I had a number of staff who qualified for the Family Medical Leave Act (FMLA) for a variety of reasons. For those of you who are unfamiliar, FMLA protects jobs by allowing employees to take leave from work, beyond what they have available in vacation or sick leave, if they meet the criteria. And the criteria covers both physical and mental health.

FMLA time can be used concurrently (having a child, getting surgery, recovering from a stroke), or can be used more sporadically, for more chronic conditions.

When I first started, I had an employee who would be out sporadically. And after a while, my co-manager and I began to get a bit frustrated. She always seemed fine when she was in the office, she admitted the doctors weren’t finding anything conclusive, and she always seemed to use FMLA in a way to ensure she’d get rollover time for the next month. We felt like she was gaming the system.

And then she died.

I called my father that night and had a complete emotional breakdown over the phone. I still feel tremendous guilt. I didn’t believe her. Her doctors didn’t believe her. But something was truly wrong, and she didn’t get the help she needed. My co-manager and I never expressed our doubts to her personally, but I’m not naive enough to think there wasn’t an impact.

Once, I had employees coming to me and pointing out that they’d seen someone who was out on sick leave posting Facebook pictures of being at the beach and shopping. Their immediate conclusion was that this person was a faker. This was coming from people working in a social services office, who understood the stress and pressure of the environment, and yet when they saw something that didn’t fit with the “proper” narrative of what illness should look like, they jumped to judgement. There wasn’t a moment where they stepped back to think about what it might be like for someone struggling with a mental illness, who might need to take a break from the office, and also might need to be out in the world, not just lying in bed feeling sad.

Of course, as manager I had to protect my employee’s confidentiality. So all I could say was that they shouldn’t rush to judgement. I could tell they weren’t convinced.

Work can be so overwhelming. It can be tempting to judge others, especially when we’re surrounded with frustrations. But judgement is the same as cruelty. It’s easy, and it’s lazy. It takes much more strength to decide that you’re not going to be annoyed that your coworker left early today. That she has her reasons. That her prioritizing something other than work in that moment has absolutely nothing to do with you. That you’d rather be kind. 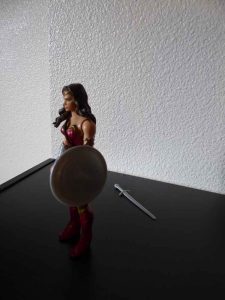 I truly believe empathy is a superpower. I think most people can feel sympathy. But empathy is next level.

Privilege is when you think something isn’t a problem, because it’s not a problem for you personally. And our world is filled with privilege.

Empathy is what enables us to listen to someone who is walking around in a different skin, and to understand what they are saying. Empathy is not jumping in to tell someone they’re wrong about their own lived experiences. Empathy is what allows us to let go of defensiveness, and agree that we are part of a problem. Empathy helps us realize that it’s not about us. That there is so much happening that is so much bigger than we are as individuals.

There’s so much I could say about empathy, but I don’t think I could do it as well as Brené Brown via cartoon imagery:

I love her depiction of the unhelpfulness of “at least”. I used to have a friend who, when I would speak of worrying about something in my life, would criticize me for “putting it out there”. As if my voicing a concern was solely responsible for anything bad that might happen to me. We didn’t stay friends.

It’s fine to encourage each other to be positive, but don’t forget to listen before you start to cheerlead. And above all, check your privilege before you speak. 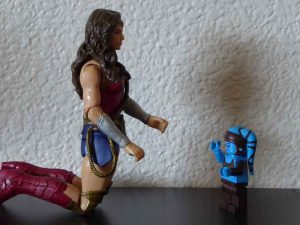 So here’s the thing. Kindness, lack of judgement, and empathy are great. But they mean a whole lot more when they’re partnered with action.

A long time ago I was working in an outdoor job in California. A female coworker told me how a male colleague was getting overly physical with her, making comments about her, and bragging to other male employees that he had kissed her. Things were starting to escalate, and she was scared, but was also afraid to say anything to management.

All of the employees lived in housing on the property, and my coworker shared a trailer with this man. He also drank a lot, and had talked openly about keeping guns in his room. What he was doing wasn’t ok, and I had a bad feeling that it could get so much worse.

So I ended up talking to our supervisor. And she brought it to management.

Unfortunately, there were no consequences for him. None of the other male employees were willing to go on the record with what he had been saying or doing. They protected him. But we were able to get permission to move her into my trailer, and they passed a rule that no guns could be kept on the property.

Speaking up is incredibly hard. And this is in no way intended to victim shame, because people have good reasons for not coming forward when they’re being victimized. This is about advocacy. This is about a culture of taking care of each other. This is about “if you can’t speak right now, that’s ok, because I can”.

To quote The Good Place once again, this is about what we owe to each other. 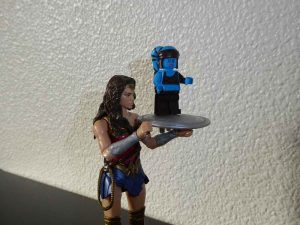 Some things you can do on your own. And some things may take some hard and honest discussions with managers and coworkers. Not everyone will be on your side. But a lot of us are.

I wish I had an easy and simple answer for you. I wish we lived in a world that treated everyone as they deserve. But until that happens, I’ll leave you with this.

You make a difference in someone’s life. You do good work. You are worthy, and loved. You are trying your best, and there are people who see and appreciate that. And if we all try together, I think we can make things a little bit better.