It’s been interesting to watch the news cycle this week and hear people talk about changing social norms, and people being a “product of their times”. A lot of people like to jump on the idea that people are just too sensitive these days, and everyone is a “snowflake” who can’t handle anything serious and needs trigger warnings on everything.

What I find funny about this idea is that it assumes that because people didn’t speak up the same way in the past, that somehow no one was being offended or hurt in prior generations. That somehow all of this has been spontaneously created out of nowhere.

Which is absurd, if you actually take the time to think about it. Do people seriously think that women were just completely ok with being manhandled all the time, and then one day flipped a switch to say, nah, I guess I don’t like this anymore? No, we never liked it. We’ve only just now started being heard when we say so. And even now, it’s a fight to not be dismissed or silenced.

It’s the same thing with people who like to claim that we are more divided today than ever. Sure, there are a lot of challenging things happening, with those who want to maintain the white male privilege status quo, and those who are fighting to change it.

But are we truly more divided? Or are there just more people able to speak their truth now than before? Everything may feel extremely “civil” when voices are being silenced. But it doesn’t mean the hurt isn’t still happening.

It’s ok to admit you’ve made a mistake. That you’ve evolved. That you have more growing still to do. Because we all do.

It’s not ok to say it’s just how you were raised. That you’re sorry if people were offended, but you’re not sorry for your actions. That you’re a person of your time.

Time isn’t a fixed point. You aren’t either. It’s time to let that excuse die. 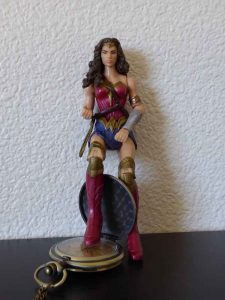