This week presidential candidate Kamala Harris was speaking at a panel hosted by the organization MoveOn. As she was just beginning to answer a question on the pay gap, a self-described “animal rights activist” ran onstage and took the mic from Harris, and told the audience he wanted to bring their attention “to a much bigger idea”.

Of course, even without my describing him, most people will be able to accurately guess that he was a white man.

Security was slow to respond, but the man was eventually pushed offstage. He faced no consequences, and when questioned on the optics of the situation, claimed he had tried to show his “profound respect for each of the people onstage”.

I’ve been thinking about this a lot since I read about it online.

On one hand, I do have some pretty strong feelings about hierarchy and the idea that someone should command respect just because they hold a position of power. We should be able to question those in authority and fight to make our voices heard.

On the other hand, this is a perfect example of why white privilege combined with good intentions often does more harm than good.

Besides the fact that so many people were annoyed by this man’s actions that they literally went out and ate extra meat for dinner that night, I think this really exemplifies why we need to be cautious about single issue activists.

To be clear, we all have particular topics we are passionate about. But when you place a desire to help animals over the rights of Black women to be treated as full human beings, you’re not changing the world. You’re reinforcing it.

Racism, classism, sexism, and yes, even animal abuse are all inextricably linked. All of these issues are about systems, and these systems are connected. Being an activist is great. But who are you fighting for? If you’re choosing to do something that makes you feel empowered while diminishing those around you? You are a part of the problem. And you’re saving no one. 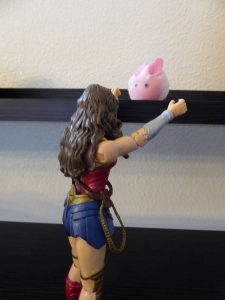