I have a number of different leadership topics I’m working on for the blog, and originally was hoping to post one of those this week. But when you’re coming off a week with three separate mass shootings, and dozens of lives lost, somehow talking about workplace equity feels inadequate.

There is a connection, of course, as white supremacy infects every aspect of our culture. And I’m sure I’ll get back to it soon. But today my heart hurts and I just can’t do it.

There’s a lot of really eloquent writing out there on the systemic issues that are causing our problems with gun violence, and how it’s connected to a lot of other societal problems as well. There’s a lot of great advice about how to keep advocating for change. There’s a lot of powerfully and fiercely written criticism for those who keep diverting from the core problems to try and shield their racist and xenophobic beliefs.

Honestly, at this point, what is there to say about all of this that hasn’t been said?

I know what the problems are. I know what I can do as a concerned citizen, as insufficient as it may feel. I know that I’ll keep speaking up about racism, sexism, homophobia, and all the other endless biases that damage people every day.

Yet none of that stops the hurt. 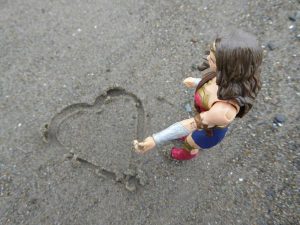 One of the worst feelings in the world is the feeling of powerlessness. The realization that no matter what you might do or say, no matter how hard you are fighting to climb the hill, that at any moment someone can appear in front of you and boot you right back down. That your ascent wasn’t really a climb, just a temporary lift on a see-saw that is about to drop the instant the person on the other side has a better offer.

That moment where you realize that despite having logic, and reason, and empathy on your side, it doesn’t matter. It doesn’t matter because there are people in this world who long ago traded in their soul for cash.

That you can live in a country where the vast majority believe something needs to be done, and nothing happens, because we don’t have enough money to matter. 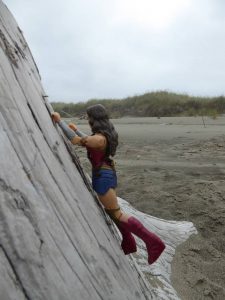 I’ve never been religious. I was raised in a household with parents who encouraged me to make up my own mind about what I believed. Because of this, there have been various times where people raised in a religion have expressed surprise at who I am as a person. I still remember one woman at college, who asked me how I could be a good person without believing in god. Similarly, when a couple of Mormon missionaries started stopping by one summer and were invited in by my roommate, they expressed how if they didn’t believe in a god, they would be out in the world doing whatever they wanted all the time.

I’ve never been offended when I’ve heard these things. It’s been more bemusing to me. Because to me, what these people were saying was that their choices in life weren’t really their choices. That they were doing anything good to get extra credit, and not because it was the right thing to do.

And I can’t help but think of this when I see yet another politician paying superficial obsequiousness to a faith, all while lining their pockets from corruption. There are people in this country who would trust them over me, because of what they say about their faith. But what about their choices?

Like how politicians love to talk about prayers. So many prayers. Every shooting, every tragedy, there are the prayers.

I’ve always taken the word pray very seriously. I know people who use the word in both spiritual and religious contexts. Some people think of it as talking to a deity, others to a universal force of some kind.

I don’t ever use the word to describe my own actions. When people ask for prayers, I’ll tell them I’m thinking of them. For me, that’s the agnostic version. I hope, I think of, I send out good vibes. But to me, praying means invoking something more, and I don’t know if I believe in something more.

And it occurs to me that I, the non-religious, heathen agnostic, take praying more seriously than these politicians. Because when these people, who have real power and ability to create change, talk about praying, it is the most hollow of actions. They use prayer as a tool, as a device to play the role of the faithful, to look pious and concerned. And it is meaningless. 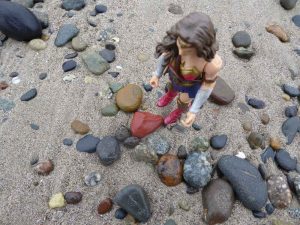 When it comes to belief, I don’t know for sure, because no one does. I suspect there’s more in this universe than we are capable of understanding. However, the truth is I don’t believe in god, and I don’t believe I get punished or rewarded after this life.

I make the choices I make not because I fear consequence, but because certain things matter to me. Kindness matters, empathy matters. Taking care of people matters. Doing the right thing matters. It’s not about the next life, it’s about this one.

So how do we keep moving forward? I won’t lie, this weekend has been hard. Politicians love to talk about the mental health of shooters, but they never stop to think about the mental health of the rest of us. That there is a tangible, real, trauma that occurs to all of us when mass tragedies occur. That there are people every day now wondering if they’re going to be shot at work, at the concert, at the movie. That it becomes cumulative, and each time a little bit more overwhelming.

And this is just for me, a white woman. I can’t even imagine the daily toll if you are Latino or Black or Indigenous in this country. To know that if you were buying automatic weapons in vast numbers, suddenly gun control would become a major concern for conservatives. To be afraid to rely on emergency services if you are a victim, because of what it might cost in the end.

I don’t have any strong answers, because I’m sad, and when I’m sad my cynicism tends to overwhelm my hope.  I do know that writing this helps. Letting myself feel helps. Listening to music helps. Walking along the ocean and breathing in the air helps.

It’s about our choices. 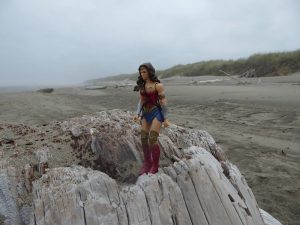