I was twelve years old when Disney released their animated version of Beauty and the Beast. I utterly adored this movie. I was the perfect age for a charming fairy tale story, and still young enough to believe in the idealized happy ending narrative.

My favorite part was always the very beginning. There was something about the combination of David Ogden Stiers deep-voiced narration, the beautiful score, and the stained glass images that seemed utterly magical.

It was a movie that was highly acclaimed at its release, and is still beloved. Yet over time, partially thanks to the advent of YouTube and a number of channels that rely on nitpicking movies to gain followers, people started to talk more about plot holes in the movie. I use the term “plot hole” loosely here, as I don’t consider something being unexplained the same as a flaw in the story, but others do.

Anyway, two of the biggest complaints were that 1) the beast was technically a child when he was cursed, and 2) all of the servants were also cursed. To many, this seemed unnecessarily cruel on the part of the enchantress.

For me, personally, these things weren’t actual issues. Anyone who’s read their fair share of fairy tales knows that it’s not about the particulars, but the overall moral of the story. Yes, the enchantress cursed a child and all of his servants and then disappeared, but let’s face it, the fairies and witches in fairy tales are not there to be likeable – they’re there to move the plot into motion. And who’s to say the enchantress was perfectly good? Maybe she was having a really bad day. Maybe she didn’t like rude little children. Who cares why, when it makes for a good story? 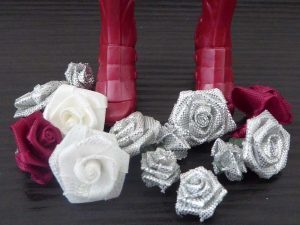 Well, apparently, Disney cares. Because when they remade Beauty and the Beast into a live action version in 2017, they decided that both of these things needed to be addressed.

The first item, the age of the Beast, was solved by making him an adult when he was cursed.

The second item was “explained” by these lines of dialogue:

Belle: But he’s cursed you somehow. Why? You did nothing.

Mrs. Potts: [ashamed] You’re quite right there, dear. You see, when the Master lost his mother, and his cruel father took that sweet, innocent lad and twisted him up to be just like him, we did nothing.

Let’s sit with this for just a moment.

The servants were cursed to be household objects because they didn’t stop their master, a literal king, from abusing his child. Should we think about how that would have gone for a moment?

A Servant enters the throne room, nervously turning his cap in his hands. He is shaking with fear.

The King frowns at being approached by an inferior. “WELL,” he barks. “OUT WITH IT!!”

At the mention of his son, the King turns red with rage. He gestures to the guards. They rush in and pull the Servant away. He is never heard from again.

The servants are all huddled around the table in the kitchen. One of the maids is crying as they speak softly about the poor Prince and his terrible father.

Finally, the Cook has had enough. She slams her fist on the table. “That’s it!!! I’m calling Child Protective Services!!!…in two hundred years, when that becomes a thing!!!”.

In all seriousness, please do tell me, how would you expect a group of servants to interfere with the behavior of a King?

What we have here, dear readers, is a power differential. And it matters.

Now, who’s to say, maybe the enchantress thought the servants should have set off a revolution to save the Prince. It was France, after all. But to call this an explanation of why they were punished is to be deliberately naive about what power dynamics mean for the people on the bottom.

(And yes, I get that Disney is using modern mores in their movie, and promoting the message of speaking up when something wrong is happening. But they did it badly.)

On the surface this may seem trivial. But this kind of naivety is representative of something extraordinarily common. Whenever someone talks about the treaties signed between Indigenous populations and the American government as anything other than a tool of oppression. Any time someone claims that Thomas Jefferson had a romantic relationship with Sally Hemings, despite her being his literal property. The fact that people write romances between Nazis and Jews. Complaining that people who work two or more jobs should “just find higher paying work”. The idea that people who are part of marginalized groups can just “pull themselves up by the bootstraps”. Whenever people criticize a person of color for not speaking up about the harassment they’ve endured. Any time people blame a woman for not leaving an abusive relationship.

If you do these things, you’re not paying attention to the power.

On August 7th, Immigration and Customs Enforcement (ICE) raided seven poultry plants in Mississippi, and arrested 680 workers on suspicion of not having legal documentation. Now beyond the fact that ICE planned for the impact on the local community as well as they plan for anything, which is not at all, there are some interesting facts to consider here.

The first is that although there appears to be clear evidence that the plants knowingly were hiring undocumented workers (and good grief, they have to have known), there is minimal doubt that the owners and managers will face very little consequence. They rarely have in the past.

The second is that these plants were places where the workers, together with the United Food and Commercial Workers union, were attempting to increase union activity, had fought to hold the companies accountable for racial and sexual harassment of Latina workers, and were generally trying to improve conditions for people working in a very difficult and low paying job.

Now we can’t say for sure that Koch Food Inc deliberately called in ICE officials to scare their employees into staying quiet. Maybe the decision was exclusively at the federal level. But there does appear to be a connection between a company being investigated for worker abuse, and a company being raided by immigration.

The result? Employees don’t speak up, about wage theft, abuse, harassment, or unsafe conditions. And the owners and managers, with maybe an occasional slap on the wrist, go back to business as usual.

Yeah, we don’t know for sure. But look at who has the power.

There’s a famous quote from the movie The Usual Suspects that says, “The greatest trick the Devil ever pulled was convincing the world he didn’t exist.“.

When you start to recognize power differentials, it’s amazing just how much effort those with the most power put into trying to convince everyone that the differentials don’t exist. Every company that claims diversity and inclusion is their top priority while covering up employee abuses. Every politician who says he doesn’t have a racist bone in his body while promoting policies that hurt marginalized communities. Every millionaire who asserts that he truly cares about the world while balking at raising minimum wage for their workers. Every man who tells his wife that she’s just being too darn sensitive, after the millionth time she’s had to pick up the slack at home.

There’s so many people with so much power and privilege, and they want to convince us all that we are imagining everything. That we are all equal, and it’s just our own flaws that keep us back.

And in the end, that’s the real fairy tale.

Next post, we’ll talk some more about power differentials in the workplace.